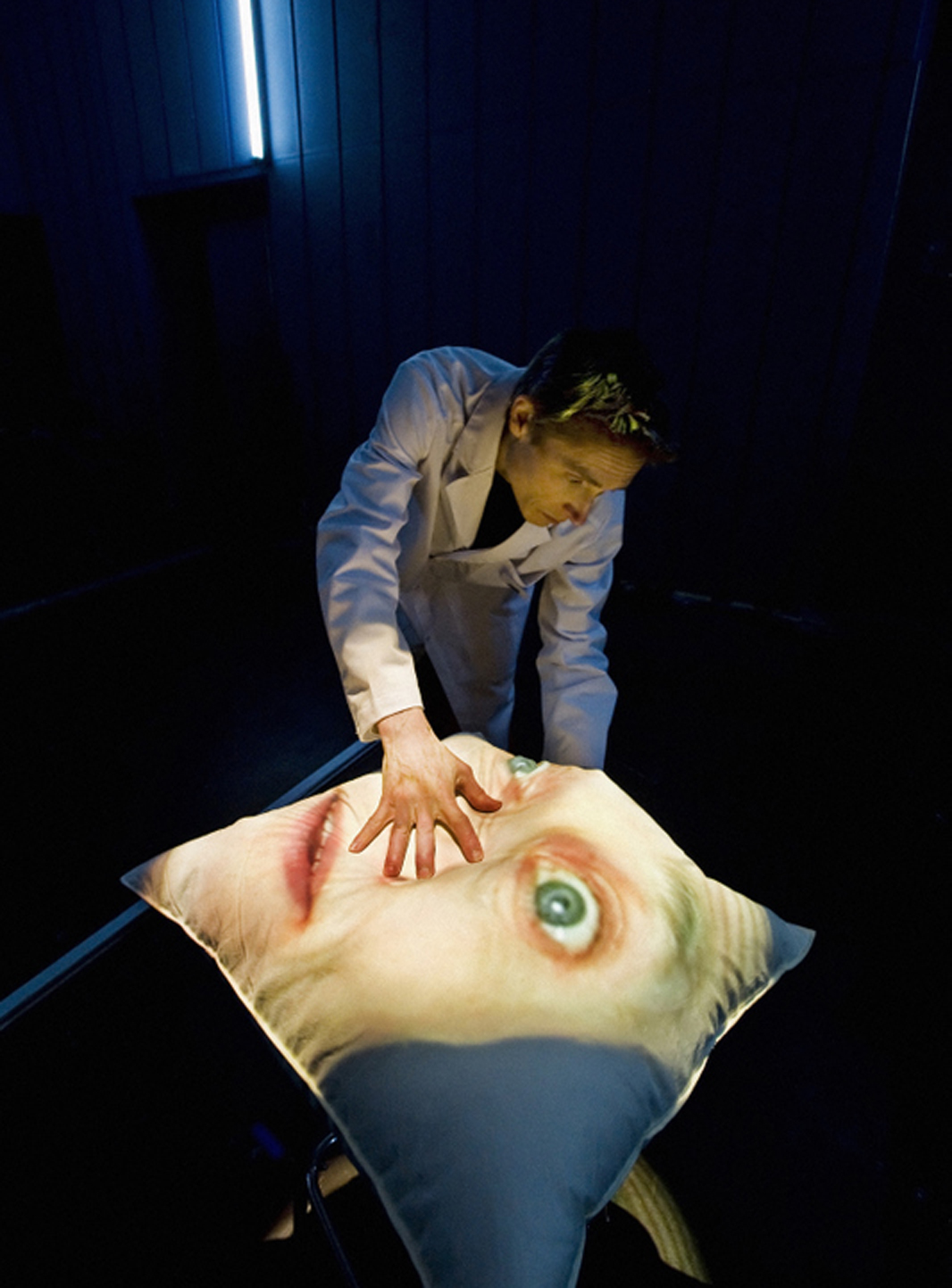 The wish has always existed – the hope for a new human being. We have always been captivated by the dream of removing all of the mediocrity, idiocy, meaninglessness, the foibles and flaws from the otherwise pristine spiral of DNA. From Plato to transhumanism. But how will the new human being look? Will it be taller, stronger, and more beautiful than us? Will it be free from all our hopes and dreams of self realization, our self-satisfaction and hate?

… in dialogue with the four walls, where the appearance of screens and canvases draw the axes of the cross in the space. One axis is drawn by two smaller screens on which Marx and Socrates appear … on the other axis, we find two large screens … where the hooded young man appears and interrupt the dialogue of the philosophers in a perfect timing …with which depicting references to both Zarathustra, Messiah and the Finnish school mass murderer are pressing in a loud beautiful music video …
A small video camera is used for transmissions in close-up view of the acting body: a blood sample needle, piercing into the white skin of the arm: a transmission from the singing uvula or a close-up view of his eye … a face in protoplasmic transformation (a transformation, realized virtually in a video projection in which the nameless face dissolves into a large number of others: Andy Warhol’s, Willem Dafoe’s, Karen Blixen’s, Mahatma Ghandi’s, bin Laden’s, Thomas Skade-Rasmussen Strøbech’s …)
Lilian Munk Rösing, Information (a Danish Newspaper) January 2009