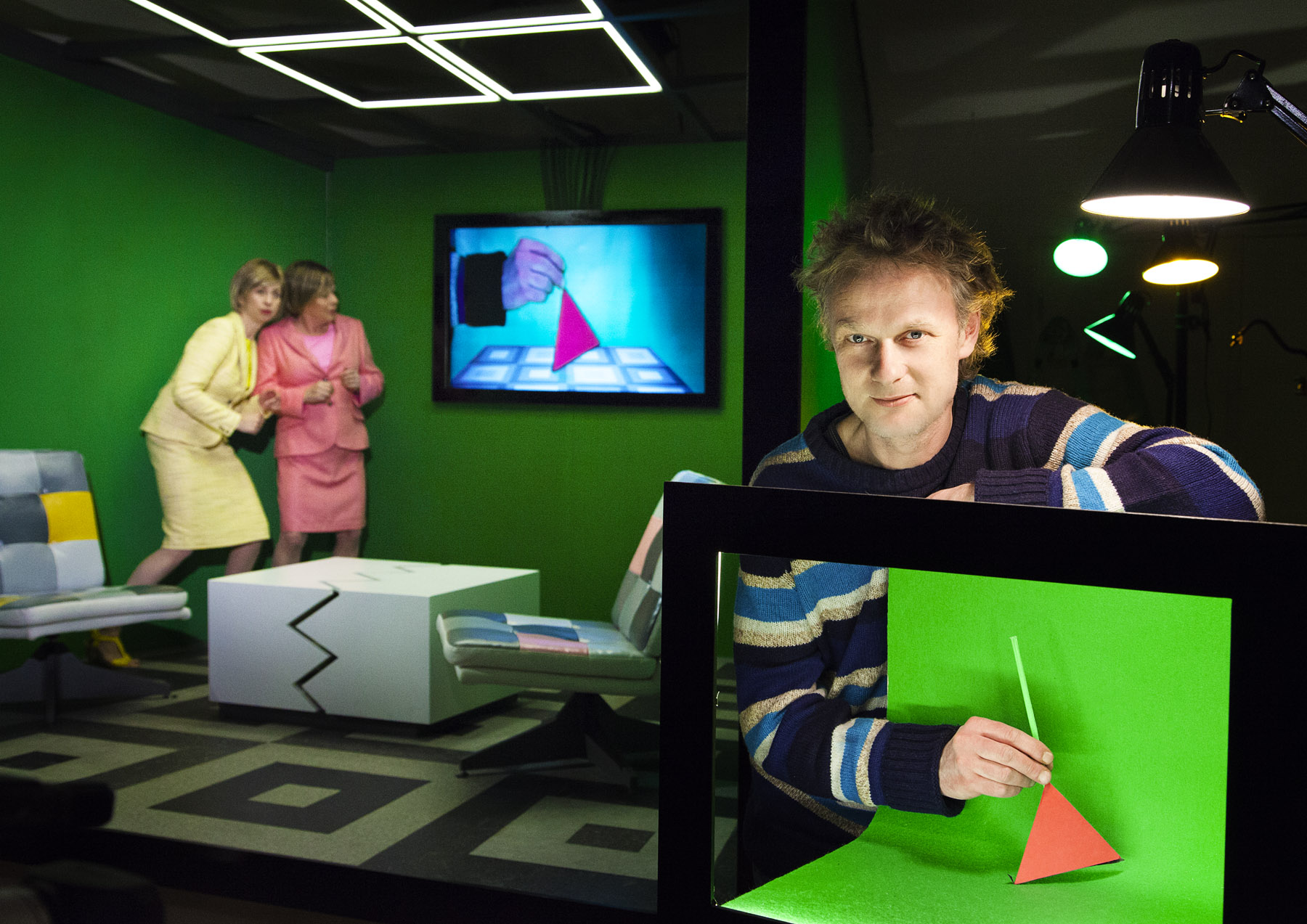 PLATO’S CAVE – IS THERE LIFE AFTER TELEVISION?
World premiere marts 2014.
A philosophical everyday life comedy based on Plato’s Cave Myth of a man who dares to turn around and look another way than the group. A tale about the comfortable life on the couch, and everything that might be around. The sisters Anne and Anne live safely in their own hollow world, with TV as the only window. But when they acquire a child to join their favorite TV program, they get more than they had anticipated! In Teater Hund’s characteristic physical and visual style of playing the story is told with humor, hope and reflection for both small and large.

Great fun for kids is just the performance’s both revealing, playful and magical use of green screen technology that many children know from visits to Experimentarium City.
***** Vibeke Wern, Berlingske Tidende (Danish newspaper)

For 5-12 year olds and their adults.
Plato’s Cave premiered at Anemone teatret in Copenhagen March 13, 2014